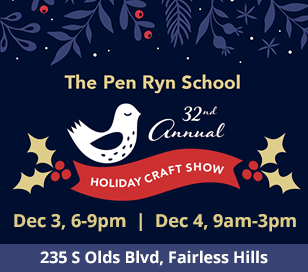 Levittown, PA May 6, 2015 –Lowe’s Heroes employee volunteers were among more than 20 volunteers to join Habitat for Humanity of Bucks County today to help build affordable housing in the Levittown area in recognition of National Women Build Week, May 2-10.

Volunteers worked to install doors, trim and paint the landmark 100th home being built in Habitat Bucks’ 25 years of serving the Bucks County community. The future homebuyer, Lee-Barnes family of four has been working hard building their home right alongside volunteers. They are looking forward to a June move in date with great excitement.

National Women Build Week is a weeklong event created by Habitat for Humanity’s Women Build program that challenges women to devote at least one day to help build affordable housing in their local communities. Across the nation, more than 15,000 women are expected to volunteer at Habitat construction sites this week to spotlight the homeownership challenges faced by women.

Lowe’s helped launch National Women Build Week in 2008 and each year provides the support of Lowe’s Heroes and conducts how-to clinics at stores to teach volunteers construction skills.
“National Women Build Week has made a difference in the lives of thousands of families since its inception,” said Joan Higginbotham, Lowe’s director of community relations. “We’re grateful to all the women in Bucks County who got involved this week and were part of something bigger with Lowe’s and Habitat.”

Lowe’s donated nearly $2 million to this year’s National Women Build Week, including a $5,000 store gift card to Habitat for Humanity of Bucks County. National Women Build Week is one of the major initiatives supported through Lowe’s national partnership with Habitat for Humanity. Since 2003, Lowe’s has committed more than $63 million to Habitat and helped more than 4,000 families improve their living conditions.
Habitat’s Women Build program recruits, educates and inspires women to build and advocate for simple, decent and affordable homes in their communities. Since the program was created in 1998, more than 2,300 homes have been built in partnership with low-income families using Women Build crews.

For more information on Habitat for Humanity’s Women Build program and to learn about Women Build events in communities across the U.S. year-round, visit Habitat.org/wb or the Women Build tab on http://www.facebook.com/habitat.