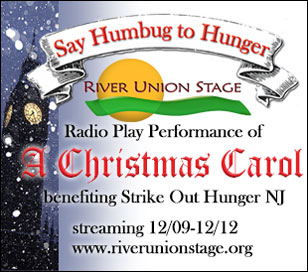 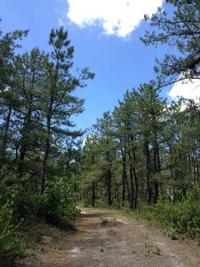 WOODLAND TWP. - The Franklin Parker Preserve in the Pine Barrens has just expanded to more than 10,000 acres, thanks to New Jersey Conservation Foundation's acquisition of an adjacent 473-acre property.

"This is the first major expansion of the Franklin Parker Preserve since it was established in 2003," said Michele S. Byers, executive director. "We're extremely grateful to the public-private partnership of funders that made it possible."

"Located in the core of the Pinelands National Reserve, the Franklin Parker Preserve is noteworthy for its former cranberry bogs that now provide ecologically important wetlands habitat," said Richard Boornazian, Department of Environmental Protection Assistant Commissioner for Natural and Historic Resources. "We are proud to have played a big role in the conservation of this truly remarkable place and in helping the New Jersey Conservation Foundation reach this milestone."
The newly-acquired parcel is dominated by pitch pine uplands and contains the headwaters of Biddle's Branch and Goodwater Run, both tributaries of the Wading River. It is traversed by old sand roads that could potentially be converted to trails for hiking and biking.

"The Victoria Foundation is delighted to help preserve this property in the heart of New Jersey's Pine Barrens," said Irene Cooper-Basch, executive officer of the Victoria Foundation. "The land provides habitat for a diversity of species, and it's great that it will be protected forever as part of the Franklin Parker Preserve."

"We're proud to help preserve this ecological gem," said Nancy Wittenberg, Executive Director of the Pinelands Commission. "This property is located in the heart of the Pinelands Preservation Area and it contains habitat for dozens of rare Pinelands plants and animals. By permanently preserving this land, we can help ensure that the Pinelands and its tremendous resources are protected far into the future."

"We are delighted to continue our assistance to preserve land in this unique and special area of New Jersey," said Leonard Berkowitz, treasurer of the Mazer Foundation.

When kept intact, forests play a critical role in recharging and filtering groundwater and maintaining sensitive ecosystems.
"This is a milestone for the one million people whose tap water flows from the Kirkwood-Cohansey, and for the many who come again and again to enjoy the Pine Barrens," said Peter Howell, Open Space Institute's Executive Vice President of Capital & Research Programs. "It is gratifying to realize the decades-old vision of protecting the aquifer through conservation of this important forestland."

It has 28 miles of blazed trails, including a section of the Batona Trail, a 53-mile trail connecting many significant recreational and historic sites in the Pine Barrens.

To learn more about the Franklin Parker Preserve's trail system and a forest stewardship plan to protect its ecology and the surrounding community, go to www.njconservation.org/franklinparkerpreserve.htm.

New Jersey Conservation Foundation is a private nonprofit that preserves land and natural resources throughout New Jersey for the benefit of all. Since 1960, New Jersey Conservation has protected 125,000 acres of open space - from the Highlands to the Pine Barrens to the Delaware Bayshore, from farms to forests to urban and suburban parks. For more information about the Foundation's programs and preserves, go to www.njconservation.org or call 1-888-LAND-SAVE (1-888-526-3728).