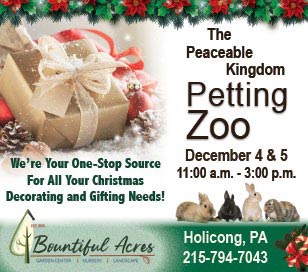 Bus from Newtown to Carry Activists to Pennsylvania's Biggest-Ever Gun Violence Prevention Rally
Bucks residents will join activists from all over Pennsylvania in Harrisburg Monday for the Rally in the Rotunda in support of the background check bill
Author: Shira Goodman, shira.goodman@ceasefirepa.org or 215-680-1163

Bucks County residents will board a bus MONDAY MORNING, May 16 at 8:15 AM and travel to the Capitol Rotunda in Harrisburg to join Pennsylvanians from every region united in support of legislation to require background checks for every gun sale (HB 1010 and SB 1049). Organized by CeaseFirePA and Pennsylvania United for Background Checks, the Rally in the Rotunda will be the biggest gun violence prevention event ever in Pennsylvania.

Background: More than 1,300 people a year are killed with guns in Pennsylvania because of easy access to guns by people who should not have them. Felons, domestic abusers, and people with severe mental illness can easily evade criminal background checks by purchasing assault weapons and other long guns from unlicensed gun sellers.

Every poll shows that super-majorities of Pennsylvanians – from York to Allentown, from Pittsburgh to Philadelphia – roundly oppose this inexcusable loophole and support background checks for every gun sale. For too long, the discussion about preventing gun violence was dominated by a small group of loud extremists backed by the deep pockets of the gun lobby. But a growing majority of everyday Pennsylvanians is standing up for the rule of law and the lives of our families by demanding that the legislature repeal this special privilege for unlicensed gun sellers.

CeaseFirePA is Pennsylvania's largest gun violence prevention organization and works through education, advocacy and coalition building to reduce gun violence, stop the flow of illegal guns into our communities and keep guns out of the hands of those who should not have them.  ceasefirepa.org 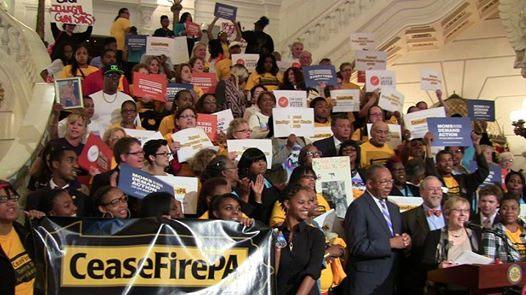