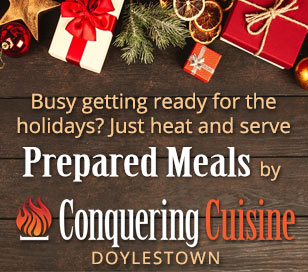 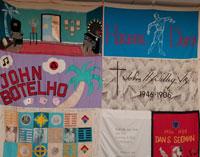 The New Hope and Lambertville communities will remember World AIDS Day with an annual memorial to those who have died from HIV/AIDS and also those living with the disease. This year, the memorial will host panels of local residents from the NAMES Project AIDS Memorial Quilt on the thirtieth anniversary of its creation.

The idea for the NAMES Project Memorial Quilt was conceived in 1985 by AIDS activist Cleve Jones during the candlelight march, in remembrance of the 1978 assassinations of San Francisco Supervisor Harvey Milk and Mayor George Moscone. For the march, Jones had people write the names of loved ones that were lost to AIDS-related causes on signs that would be taped to the San Francisco Federal Building. All the signs taped to the building looked like an enormous patchwork quilt to Jones, and he was inspired. It officially started in 1987 in San Francisco. At that time many people who died of AIDS-related causes did not receive funerals, due to both the social stigma of AIDS felt by surviving family members and the outright refusal by many funeral homes and cemeteries to handle the deceased's remains. Lacking a memorial service or grave site, The Quilt was often the only opportunity survivors had to remember and celebrate their loved ones' lives.

The Quilt is a memorial to and celebration of the lives of people lost to the AIDS epidemic. Each panel is 3 feet by 6 feet, approximately the size of the average grave. This connects the ideas of AIDS and death more closely, even though only about 20% of the people lost to AIDS related causes are represented. The quilt contains 48,000 individual memorial panels (over 94,000 people) and weighs an estimated 54 tons.